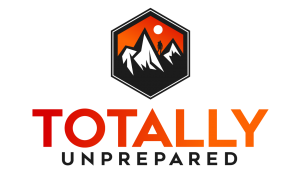 You may have noticed that when we talk about what to do during an earthquake, we ask you to drop, cover and hold on.

We don’t advocate this simply because it’s so easy to create rhyming couplets with the phrase on Twitter. We tell you to do this because it is simply the best way to avoid being killed or injured in an earthquake.

In spite of this sound advice, an email chain letter has been making the rounds for several years, encouraging people to seek out a “triangle of life” instead of sheltering under a table or desk. This theory proposes that you park yourself next to big pieces of furniture, internal walls and the like so when the walls come tumbling down, you can hide in the void space supposedly provided by the “shelter” of the furniture or wall.

Unfortunately it’s based on incorrect assumptions and faulty experiments about how most buildings in California will behave in an earthquake. The “triangle of life” theory is not even considered a valid survival practice in places where buildings do collapse.

The “Triangle of Life” Theory

The Earthquake Country Alliance explains how the original email advocating the “triangle of life” is an earthquake myth with no basis in fact.  The  USGS and The Discovery Channel’s Howstuffworks both address it as an “earthquake myth.” These people are experts who have spent their lives studying how best to survive earthquakes. They know!  The email chain letter was also debunked on the urban myth website, Snopes.

Marla Petal, Ph.D.formerly of Turkey’s Earthquake Research Institute’s Disaster Preparedness Education Program even took the time in her doctoral thesis to scientifically dismember the theories proposed in  the “Triangle of Life” chain letter, if logically stated rebuttals are your cup of tea.

We really want you to secure your stuff, because it’s one of our key steps to keeping you safe from injury during an earthquake. But we also want you to know what to do, because in the moment of an earthquake, knowing what to do is the difference between serious injury and surviving the quake uninjured.

After all, nobody is going to work the week after an earthquake. Would you rather spend that time helping your family recover, or do you want to spend it in the hospital? If you want to survive an earthquake with minimal injury, then learn to drop, cover and hold on.